Long story short, the people who own the house I've been living in wish to sell it and I do not wish to live in Indiana for a whole 'nother 12 months, so with three weeks left on my lease, I'm shoving everything except the cats and some beer into boxes to put it in storage because I've got a six-month lease on a 1BR apartment. Blogging will be light to non-existent until I get settled, but I will be blowing off steam on Twitter.

I'm also taking a lot of pictures of things I will have to deaccession. My mother has been trying to throw away my grandfather's La-Z-Boy for ten years, and she will probably finally get her chance--but not until I get some more photos of the cats sleeping on it. I felt safe in that recliner, until one of the springs popped out of the bottom (probably in the 1960s they did not design furniture to hold fat people). Mostly, it's a strange sad "This is Your Life" in artifacts...a Krating Daeng bottle that I have at at least ten years and have moved at least six times, a half-dozen blank books that are still blank, a whole ream of software test plan print-outs that were too low on toner to use but the other side was blank for scratch paper! I should probably be boxing now and sorting later, but it's so crazy.

My dad says the lease thing is God kicking me in the ass so I do something different--and yeah, I have been stagnating.
Posted by HR at 10:55 PM No comments:

Email ThisBlogThis!Share to TwitterShare to FacebookShare to Pinterest
Labels: me

Throwback Thursday: Radish the Great is Not a Role Model

From 2003, when I still made things bigger than a postcard.

Trying out a Dunkelweizen kit from Great Fermentations. This is batch #5 of my homebrew career, first batch of 2015, and first Dunkelweizen. 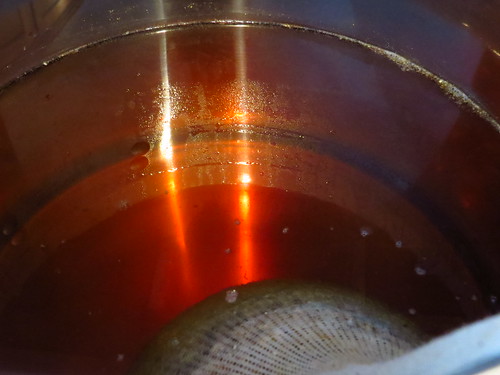 Assistant Brewmaster FUZZ* watching some CatTV while the kettle comes to a boil. 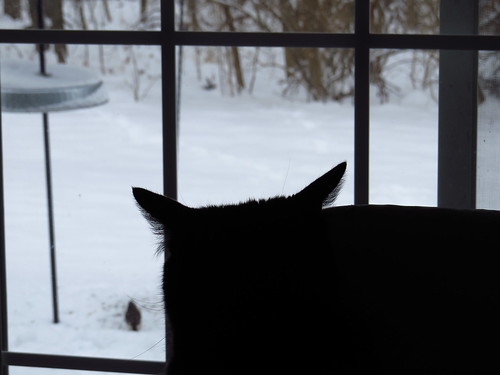 Chilling the wort! WINTER IS AWESOME!

Ok, chilling the wort outside took a lot longer than I thought it would. Shoveled my driveway and it was only down to 140F. Shoveled my sidewalks and my neighbor's sidewalk and it was down to 120F. Went inside, watched Iowa State get their 20th win of the season. It took about 3.5 hours for the wort to get down around 75F.

Easily the darkest-looking beer I've made so far.

Assistant Brewmaster Smokey* says "Hurry up and pitch the yeast so you can get my supper!" 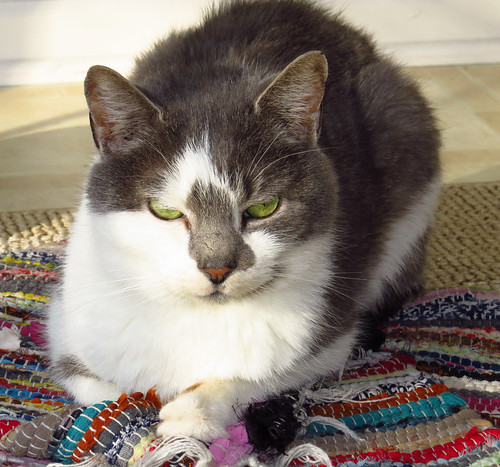 My previous beers have all fermented in the front closet, but I'm leaving this one in a bathtub for easy cleanup, as I know from experience this yeast knows how to have a good time.

And the sun sets on another successful brew day.

Rather than repeat the story, I'll let you read it at Ace of Spades HQ. I still occasionally get hits on the pictures.

I have not been that enthused about anything since I moved to Indiana. I made some effort in 2012 but the locals made it clear only married homeowners are welcome, so screw 'em. I got TV to watch.
Posted by HR at 2:00 AM No comments:

A long time ago, and far away, in a different and better life, there was snow*, and I used it to dye fabric.

Fiber-reactive dye is poured on snow piled atop scrunched-up fabric. As the snow melts, the dye comes in contact with the fabric; different rates of melting and different concentrations of dye create patterns.

I still haven't used these fabrics. I should.


* Last Saturday it was so warm I sat Outside in a tailgate chair to drink a beer. Sigh.
Posted by HR at 2:00 AM No comments:

Email ThisBlogThis!Share to TwitterShare to FacebookShare to Pinterest
Labels: crap I make, nostalgia

Still making the aliens.
Posted by HR at 5:01 PM No comments: 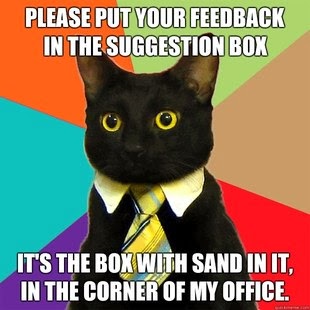 HR
I live in Indiana with two cats. You'd drink, too.